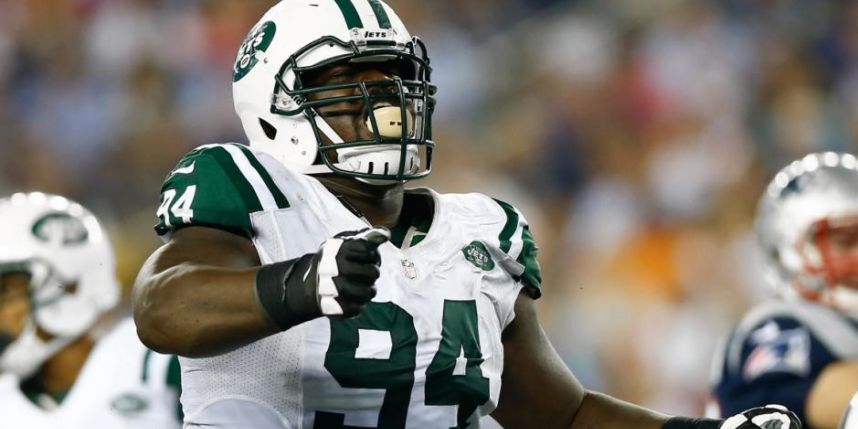 ‘Snacks’ is snacking no more.

Damon Harrison is known around the New York Jets locker room as ‘Snacks,’ a name given to him by former head coach Rex Ryan who used to leave a Rice Krispies Treat for the nose tackle before defensive meetings. Truthfully, Harrison never seemed to like the nickname although he embraced it as fans took a liking to it. And he would always eat the sweet treat.

He comes into this offseason looking a bit more svelte – on the official roster he is listed at 330 pounds – but there is no doubt looking at him that he has dropped a pant size or two. He won’t say his body fat or release his official weight, he’ll just say that he’s healthier now than at any point in his three-year NFL career. The diet is better and junk food is a thing of the past. Ironically, he weighs five pounds more than he did at the end of last season as he’s added more muscle as he shed fat this winter and spring.

The last taste of sweets he had was a honey bun in mid-March. Since then ‘Snacks’ has not been snacking. He’s stayed on a strict diet.

Rice Krispies Treats are not on the menu anymore.

“I wanted to add some muscle mass. It’s tougher in the colder months. I try to do it during the season but you can’t, you burn it off too fast,” Harrison told Metro this week following an offseason workout. “From the end of last season, my body fat – I’m about four percent lower then where I was. Just eating the right things, portion controls. Staying away from sugar, limitings carbs. Eating protein.”

They still call him ‘Snacks’ in the locker room even though he has traded polyunsaturated fats for lean eating. Last week, fellow nose tackle T.J. Barnes, who is listed at 364 pounds, tried to leave a Rice Krispies Treat for him in the meeting room.

Harrison laughed and refused to eat it. After practice is the biggest temptation time for him when his blood sugar is low. He’ll have something healthy instead.

Credit to his outlook goes, he says, to his offseason workouts. He has been seeing trainer Brian Martin in recent months and plans to pick-up his workouts again when minicamp is over in mid-June.

“Just trying to get myself in shape right now as opposed to doing it last minute. But it’s feeling good,” Harrison said. “I’m doing it just to feel better. In the NFL you can gain weight – you lose body fat which to us is the same as losing weight. I wanted to bulk up a little bit and lose some fat. I think I did a pretty good job.

“It’ll let me be stronger out there, more powerful. Get after the quarterback, the ball carrier. Hopefully have a bigger impact.”

Sounds like someone is getting ready for a feast, not a snack, this coming season.