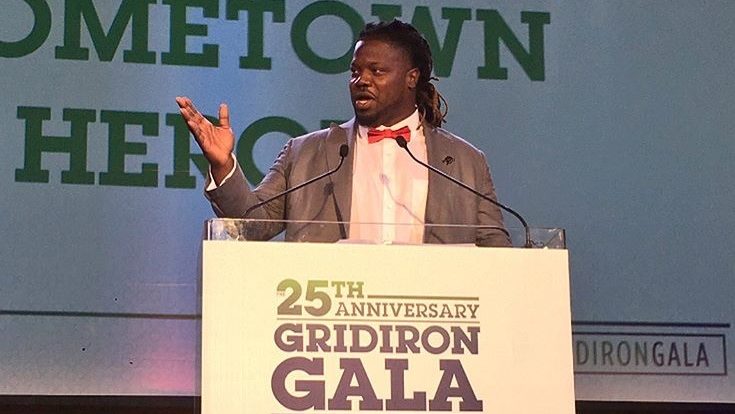 Defensive Tackle Damon “Snacks” Harrison had a major impact on the New York Giants defense this past season as he was second on the team in combined tackles and one of the top run defenders in the National Football League. However, his impact off the field has been even more significant. At the 25th annual Gridiron Gala, Harrison received the Hometown Hero Award from the United Way of New York City for his community service efforts through his I Told The Storm Foundation. The annual Gridiron Gala celebrates the partnership between the New York Giants, New York Jets, and United Way o New York City, as these organizations work to improve the lives of young people across the country.

The purpose of the I Told The Storm Foundation is to empower the youth in Harrison’s hometown of New Iberia, Louisiana and playing city of New York  through a variety of enriching activities that encourage personal development and provide children and their families an opportunity to change their quality of life. 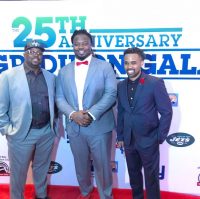 The I Told The Storm Foundation hosts annual initiatives including a Thanksgiving turkey drive that provides low income families in the Saint Edwards housing projects with a Thanksgiving meal, a Christmas toy drive that supplies over 150 children from six different schools with Christmas presents, and a family weekend with food, sports tournaments, and motivational speakers. In addition, Harrison also gives back to the local community through his annual back to school backpack event that provides students with a bookbag filled with school supplies that they will need for the upcoming school year. Damon Harrison’s next event, the 2nd annual Damon “Snacks” Harrison I Told The Storm Foundation Community Weekend, Football Camp, and 7 on 7 Tournament will take place June 29th through June 30th in New Iberia, Louisiana. In addition to the event, there will also be a Youth Leadership Summit as well as a free community cookout following the football camp.