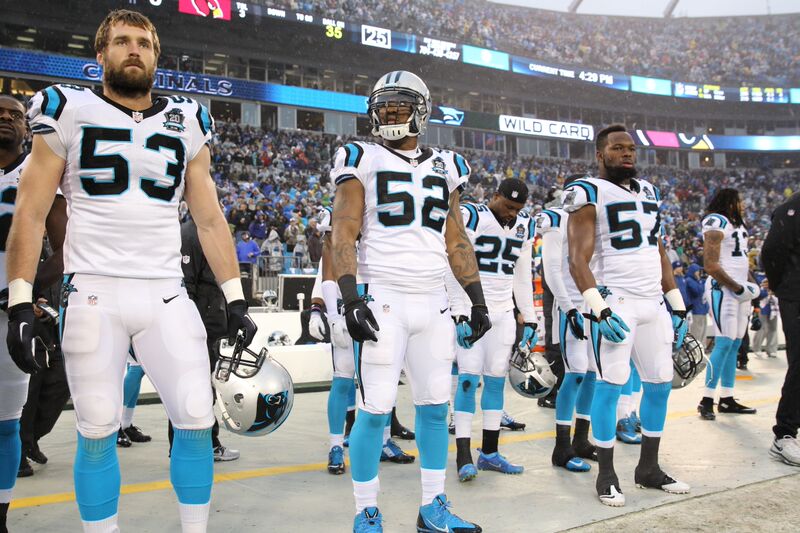 Rather than going to an early morning parade, some area boys suited up in shorts a T-shirt and cleats and took the football field at New Bern High to learn from NFL players and former New Bern High standouts.

The camp started a 9 a.m. and lasted until noon.

Roughly 100 campers participated in drills led by Reddick, his NFL and Tar Heel buddy Quinton Coples of Kinston, and past players and coaches in the area.

“It was definitely a success this year, had a great turnout and I hope we can grow this thing every year from here,” Reddick said.

“We just want to let the kids be able to come out here and learn and have fun and fly around the field a little bit.”

Reddick has worked hard to get where he is and that is a message he makes sure to get across to the bright-eyed youngsters hanging on his every word.

After having a solid career in college with the Tar Heels, Reddick went undrafted two seasons ago and had to prove himself to earn a spot on an NFL roster.

After playing for the New Orleans Saints and the St. Louis Rams, Reddick has settled in with Carolina.

“I tell them the most important thing is just to listen,” he said.

“Listen to their teachers, parents, coaches because a lot of times kids think they know it all and that listening can make all the difference.”

Reddick’s Panther squad boasts two of the best players in the league at his position of linebacker in Thomas Davis and Luke Kuechly and drafted rookie Shaq Thompson out of Washington. “I think we can have one of the best linebacking corps in the league. We just have to work hard in camp coming up,” he said.

“I’m taking the same advice I give these kids – never let anything at all get me discouraged.”

All of the campers got T-shirts to commemorate their day at the camp.