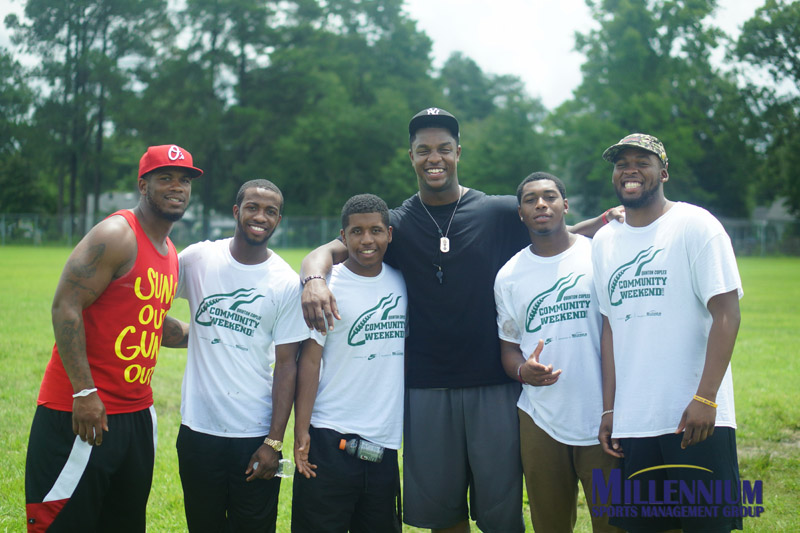 For the fourth consecutive year, New York Jets linebacker Quinton Coples shifted his focus to Kinston during the NFL off-season.

The 25-year-old returned to his hometown this weekend as part of his annual Community Weekend.

This year the former Kinston High School standout hosted a football camp, 7-on-7 football tournament, and basketball game on Saturday.

On Sunday, Coples will host a cook-out at Southeast Elementary in Kinston.

Coples is entering into his fourth year in the NFL since being drafted in the first round of the 2012 NFL Draft by the New York Jets.