Damon Harrison: ‘I feel like I’m the best nose tackle’ 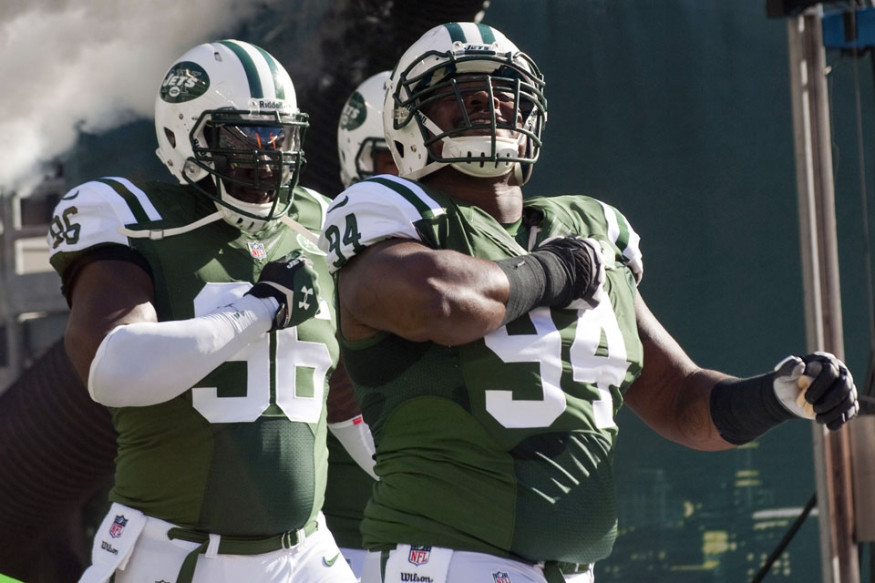 To understand why Jets nose tackle Damon Harrison is able to speak this way, one must first pull a graveyard shift at the WalMart in Lake Charles, La.

Seven years ago, Harrison was hauling mammoth bags of cat and dog food and stocking them in shelves after he was cut by a junior college football team. It was a promotion from the cosmetics department.

Now, he’s universally viewed as one of the best nose tackles in football. According to Harrison, he is the best.

“If you would have asked me after my first year starting about how I am as a player, I would have given you a humble answer. Not too confident but humble,” Harrison told Around The NFL on Tuesday following a training session at Parabolic Performance & Rehabilitation. “But when you ask me now, I feel like I’m the best nose tackle in football. If you look at a nose tackle’s job description, nobody does it better than me and I’m confident in saying that.

“I’ve watched Vince Wilfork my entire life. Dontari Poe, Haloti Ngata even though he moves around. Paul Soliai, I watch everyone because you can always take something from someone. But it’s my time now.”

Harrison will be one of the more interesting cases in free agency this offseason. The Jets nose tackle is playing this season under a $2.356 million restricted free agent tender, but could find himself in a buyer’s market come March. As the league transitions back into a power-oriented game, nose tackles will see a bump in value despite relatively low snap counts. At 33, Vince Wilfork signed a two-year deal with the Houston Texans worth $9 million. More than half the money was guaranteed.

Over the last four years and through his work with Parabolic, he’s dropped 50 pounds and maintained the weight loss. He also shaved more than a second off his initial 40 time, aiding in a transformation that has him in the best shape of his life heading into his most important season.

Helping Harrison is the fact that the Jets did not undergo a dramatic change in defensive principles this offseason. A shift from Rex Ryan to Todd Bowles is merely a change in terminology. Their fronts look relatively similar. The only pressure on Harrison is to convert the language from one coach to another and, according to Harrison, Bowles’ way of relaying his defense is a bit more black and white.

It’s a good problem to have for a player once so firmly planted on the cut line. Seven years after WalMart and three years after his first NFL snap, he’s ready to take another step.